Get fresh music recommendations delivered to your inbox every Friday.
We've updated our Terms of Use. You can review the changes here.

Songs From The Apricot Tree 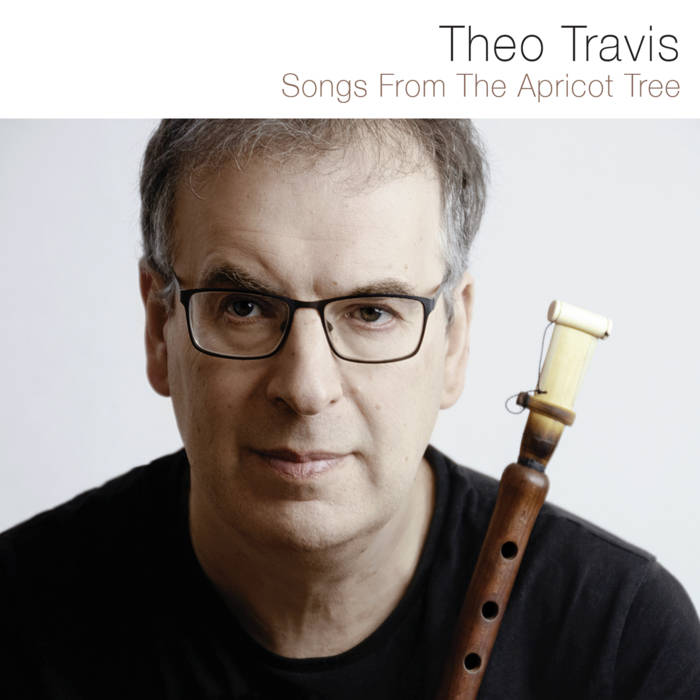 Songs from the Apricot Tree is Theo Travis’ eleventh solo album. It is an eclectic mix of music featuring the Armenian duduk an ancient instrument, made of a single piece of wood from the Apricot tree and played with a large double reed.

A beautiful, unusual and genre hopping album ‘Songs from the Apricot Tree’ shows what a versatile woodwind player Travis is as well as the magical sound of the Armenian duduk. It is an album of elegant beauty and a unique addition to Travis’ already extensive catalogue.

Theo Travis says-
'This is an album of music featuring the Armenian duduk, an ancient instrument, made from a single piece of wood from the apricot tree and played with a large double reed. I wanted to make an album showcasing the duduk in a variety of musical contexts that are personal to me, some of them not so common for the instrument.

I first heard the duduk on the Peter Gabriel album ‘Passion’, on the opening track ‘A Feeling Begins’. I later heard it in person when Didier Malherbe played it with Gong back in 1999. I revisit those early inspirations on two tracks on this album: my own versions of ‘A Feeling Begins’ and Didier’s composition for Gong, ‘Magdalene’. I was actually involved in the original recording of ‘Magdalene’ on the ‘Zero to Infinity’ album, as I played tenor sax alongside Didier’s duduk and it was fun to revisit the track, which was an important part of Gong’s repertoire from that time.
The track ‘Loss and Mourning’ features the duduk alongside a string orchestra, which highlights the mournful but beautiful sound of the instrument. ‘Delusion Angel’ and ‘Brilliant Trees’ are more contemporary sounding tracks and are partly inspired by the very individual sound of Jon Hassel, the American trumpeter who pioneered his own approach to playing and composition.

It was a privilege and a thrill to tour with David Sylvian in 2007 on his ‘The World is Everything’ tour, on which we performed ‘Brilliant Trees’. I was the soloist playing the role taken by Jon Hassel on the original recording, but I played the instrumental lead on alto flute, which gave it a very different flavour. For this album I wanted to record a version of that classic song featuring the duduk as I think its haunting, mysterious sound suits it well. I am grateful to David Sylvian for giving me his blessing to rerecord this song. I was delighted that David Longdon from Big Big Train agreed to sing it and bring his rich voice to the recording.

For the original song ‘She is Coming Home’, my super-talented friend Jakko Jakszyk from King Crimson agreed to sing, both the lead vocals and all the backing vocals and I think he contributes a stunning performance. ‘A Quiet Prayer’ has a spiritual feel and utilises the talents of Gaddy Zerbib, who sings the text of a traditional Hebrew prayer.
‘The Shadow of your Smile’ is a jazz standard. While many tracks on this album are based on a hypnotic drone, this piece has a rich harmonic chord sequence and wonderful tune that incorporates wide melodic interval leaps. John Etheridge contributes his legendary guitar playing skills and his great harmonic knowledge to this track. ‘All I Know’ is one of my older compositions, originally recorded on my album ‘Heart of the Sun’ and this version is a reworking of that piece – here in a much more meditative mood. The track dissolves into a hypnotic soundscape built entirely from several layers of duduks recorded using live looping, a performance technique that I have been incorporating into my music for some time now. '

Bandcamp Daily  your guide to the world of Bandcamp

Quelle Chris joins the show to discuss his most recent release, "DEATHFAME"